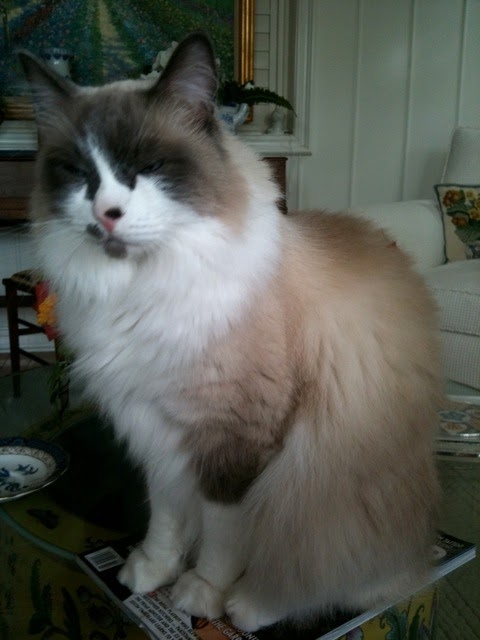 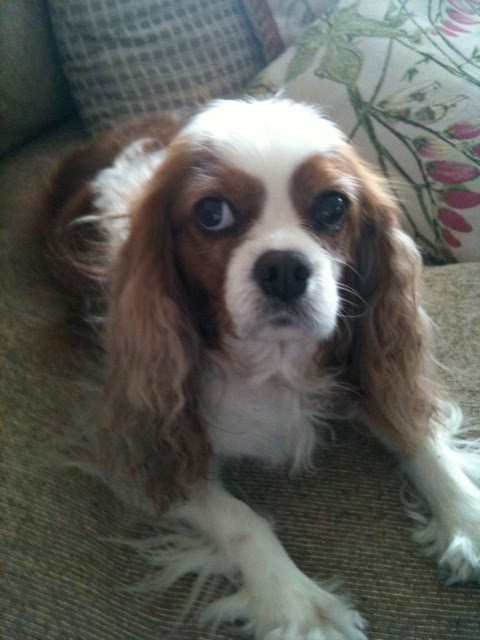 THE CAVE OF CAVES [via Nina Reznick]

Into the depths of the earth: Cave network in the heart of Vietnamese jungle is so large its end is yet to be found

These are the breathtaking images which capture the hidden depths of the world's biggest cave passage, which still has left cavers still searching for its end.

Hidden in the depths of the Vietnamese jungle lies The Hang Son Doong, part of a network of over 150 caves.

Discovered by British cavers in 2009, the cave passage in Phong Nha-Ke Bang National Park was originally thought to be a modest 150 metres long and 200 feet high.

But these remarkable images - taken during two further expeditions of the caves - show the previously undiscovered depths of the magnificent cave passage, now the largest in the world.

And as shown in these amazing images taken by photographer Carsten Peter, there is even a jungle concealed deep inside the cave.

Carsten from Munich, Germany, took the images in 2010 when he joined British and German cavers during further expeditions of the site.

The purpose of the expedition was to make a complete exploration of Hang Son Doong and create a photographic record of the cave.

Cartsen, 52 said he spent up to two weeks at a time deep inside the caves, where he slept with just a sleeping bag and spent his time exploring and photographing the secret underground world.

He said: ‘We discovered new parts of the cave, it's a huge area so to find them and access them is very difficult.

‘Photographing caves of this size is a challenge, it needs a lot of preparation.


‘But it's a great feeling to photograph a newly discovered cave, for me I see the cave for the first time when I see the photographs.

‘I love to explore, I have been in some great caves in my lifetime and this is one of the most magnificent.

‘I've been a photographer and explorer for the last 35 years and I've visited so many caves, I've lost count.

‘But this is by far one of the most unique and unusual caves I have ever seen.

‘To see a cave so large it has a forest inside is superb - it was overwhelming.’ 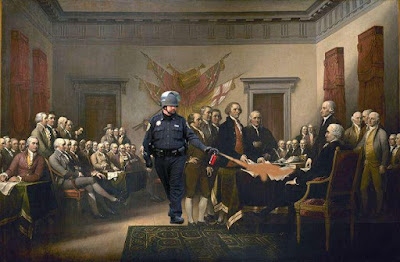 One hundred years ago, an American pharmacist named Wilbur Scoville developed a scale to measure the intensity of a pepper’s burn. The scale – as you can see on the widely used chart to the left – puts sweet bell peppers at the zero mark and the blistering habanero at up to 350,000 Scoville Units.

I checked the Scoville Scale for something else yesterday. I was looking for a way to measure the intensity of pepper spray, the kind that police have been using on Occupy protestors including this week’s shocking incident involving peacefully protesting students at the University of California-Davis.

As the chart makes clear, commercial grade pepper spray leaves even the most painful of natural peppers (the Himalayan ghost pepper) far behind. It’s listed at between 2 million and 5.3 million Scoville units. The lower number refers to the kind of pepper spray that you and I might be able to purchase for self-protective uses. And the higher number? It’s the kind of spray that police use, the super-high dose given in the orange-colored spray used at UC-Davis.

The reason pepper-spray ends up on the Scoville chart is that – you probably guessed this -  it’s literally derived from pepper chemistry, the compounds that make habaneros so much more formidable than the comparatively wimpy bells. Those compounds are called capsaicins and – in fact – pepper spray is more formally called Oleoresin Capsicum or OC Spray.

But we’ve taken to calling it pepper spray, I think, because that makes it sound so much more benign than it really is, like something just a grade or so above what we might mix up in a home kitchen. The description hints maybe at that eye-stinging effect that the cook occasionally experiences when making something like a jalapeno-based salsa, a little burn, nothing too serious.

Until you look it up on the Scoville scale and remember, as toxicologists love to point out, that the dose makes the poison.  That we’re not talking about cookery but a potent blast of chemistry.  So that if OC spray is the U.S. police response of choice  – and certainly, it’s been used with dismaying enthusiasm during the Occupy protests nationwide, as documented in this excellent Atlantic roundup -  it may be time to demand a more serious look at the risks involved.

My own purpose here is to focus on the dangers of a high level of capsaicin exposure. But as pointed out in the 2004 paper, Health Hazards of Pepper Spray, written by health researchers at the University of North Carolina and Duke University, the sprays contain other risky materials:


Depending on brand, an OC spray may contain water, alcohols, or organic solvents as liquid carriers; and nitrogen, carbon dioxide, or halogenated hydrocarbons (such as Freon, tetrachloroethylene, and methylene chloride) as propellants to discharge the canister contents.(3) Inhalation of high doses of some of these chemicals can produce adverse cardiac, respiratory, and neurologic effects, including arrhythmias and sudden death.

Their paper focuses mostly, though, on the dangerous associated with pepper-based compounds. In 1997, for instance, researchers at the University of California-San Francisco discovered that the “hot” sensation of habaneros and their ilk was caused by capsaicin binding directly to proteins in the membranes of pain and heat sensing neurons.  Capsaicins can activate these neurons at below body temperature, leading to a startling sensation of heat. Repeated exposure can wear the system down, depleting neurotransmitters, reducing the sensation of the pain. This knowledge has led to a number of medical treatments using capsaicins to manage pain.

Its very mechanism, though, should remind us to be wary. As the North Carolina researchers point out, any compound that can influence nerve function is, by definition, risky. Research tells us that pepper spray acts as a potent inflammatory agent. It amplifies allergic sensitivities, it irritates and damages eyes, membranes, bronchial airways, the stomach lining – basically what it touches. It works by causing pain – and, as we know, pain is the body warning us of an injury.

In general, these are short term effects. Pepper spray, for instance, induces a burning sensation in the eyes in part by damaging cells in the outer layer of the cornea.  Usually, the body repairs this kind of injury fairly neatly. But with repeated exposures, studies find, there can be permanent damage to the cornea.

The more worrisome effects have to do with inhalation – and by some reports, California university police officers deliberately put OC spray down protestors throats.  Capsaicins inflame the airways, causing swelling and restriction. And this means that pepper sprays pose a genuine risk  to people with asthma and other respiratory conditions.
And by genuine risk, I mean a known risk, a no-surprise any police department should know this risk,  easy enough to find in the scientific literature. To cite just three examples here:

That second paper is from a law enforcement journal. And the summary for that last paper notes: Studies of the effects of capsaicin on human physiology, anecdotal experience with field use of pepper spray, and controlled exposure of correctional officers in training have shown adverse effects on the lungs, larynx, middle airway, protective reflexes, and skin. Behavioral and mental health effects also may occur if pepper spray is used abusively.
Pepper spray use has been suspected of contributing to a number of deaths that occurred in police custody. In mid-1990s, the U.S. Department of Justice cited nearly 70 fatalities linked to pepper-spray use, following on a 1995 report compiled by the American Civil Liberties Union of California. The ACLU report cited 26 suspicious deaths; it’s important to note that most involved pre-existing conditions such as asthma. But it’s also important to note a troubling pattern.

In fact, in 1999, the ACLU  asked the California appeals court to declare the use of pepper spray to be dangerous and cruel. That request followed an action by northern California police officers against environmental protestors – the police were accused of dipping Q-tips into OC spray and applying them directly to the eyes of men and women engaged in an anti-logging protest.

“The ACLU believes that the use of pepper spray as a kind of chemical cattle prod on nonviolent demonstrators resisting arrest constitutes excessive force and violates the Constitution,” wrote association attorneys some 13 years ago.
Yesterday, the University of California-Davis announced that it was suspending two of the police officers who pepper-sprayed protesting students. Eleven of those students were treated by paramedics on scene and two were sent to a hospital in Sacramento for more intensive treatment.

Undoubtedly, these injuries will factor into another scientific study of pepper spray, another acknowledgement that top of the Scoville scale is dangerous territory. But my own preference is that we start learning from these mistakes without waiting another 13 years or more, without engaging in yet another cycle of abuse and injury.
Now would be good.

About the Author: Deborah Blum is a Pulitzer-Prize winning science writer and the best-selling author of The Poisoner’s Handbook: Murder and the Birth of Forensic Medicine in Jazz Age New York. A professor of science journalism at the University of Wisconsin, she blogs about chemistry culture at Speakeasy Science. Follow on Twitter @deborahblum.
at 12:00 AM No comments:

In Singapore, opened a new wonder of the world. "Sky Park" Marina Bay Sands is located on the 200-meter height on the three skyscrapers, as if on three pillars. Here is the most expensive in the world of casinos, bars, restaurants, the largest outdoor swimming pool, 150 meters long and even the Museum of Modern Art. 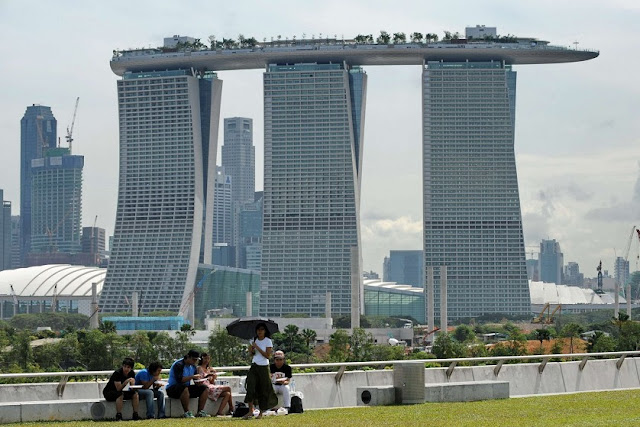 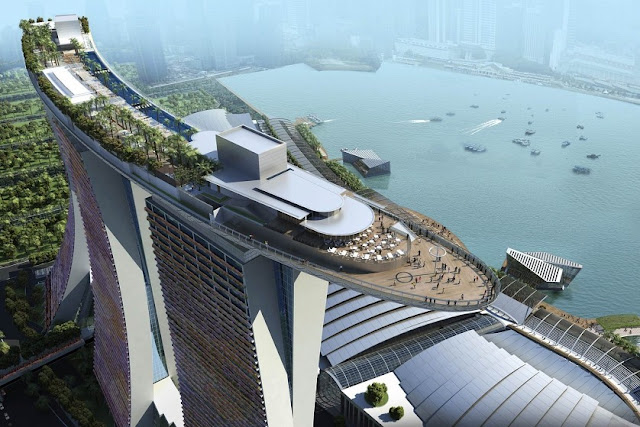 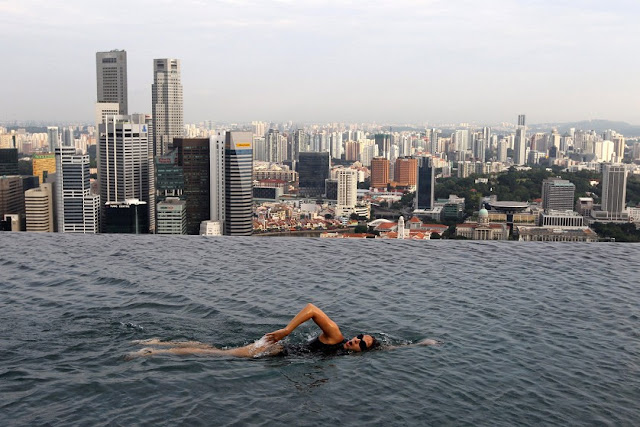 
LA-based painter Michael Chearney creates work using flowers as brushes. Afterward, he embeds the flowers, his own clothes and paint brushes into the work.

HD Video by David Lee Kelting - kelting.net
Michael Chearney: Living Color from David Kelting on Vimeo.
at 12:00 AM No comments:

IS AMERICA WAKING UP? [via Nina Reznick]

I AM NOT MOVING - Short Film - Occupy Wall Street 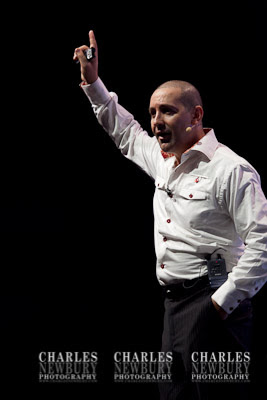 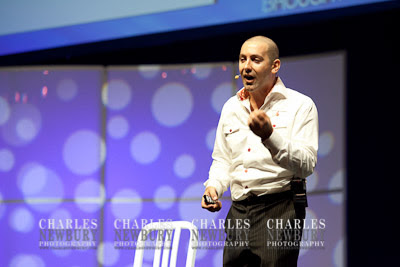 Email ThisBlogThis!Share to TwitterShare to FacebookShare to Pinterest
Labels: Nik Halik, The Thrillionaires

Heard On The Tennis Courts 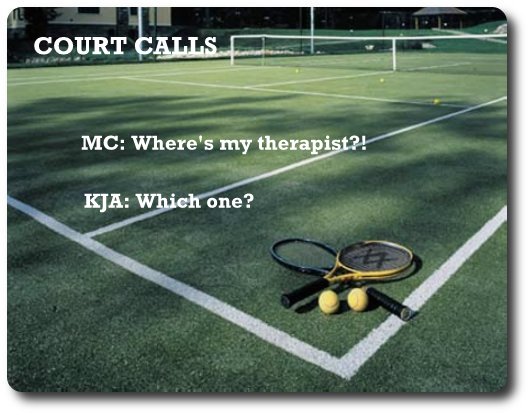 with the world while he was aboard the International Space Station