Facts Of Interest [via Nina Reznick] 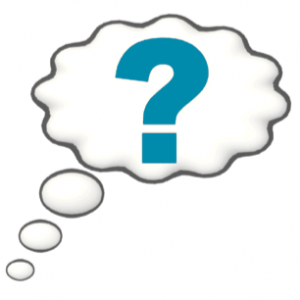 It takes glass one million years to decompose, which means it never wears out and can be recycled an infinite amount of times!

Gold is the only metal that doesn't rust, even if it's buried in the ground for thousands of years .

Your tongue is the only muscle in your body that is attached at only one end .

If you stop getting thirsty, you need to drink more water. When a human body is dehydrated, its thirst mechanism shuts off.

Zero is the only number that cannot be represented by Roman numerals.

Kites were used in the American Civil War to deliver letters and newspapers.

The song, Auld Lang Syne, is sung at the stroke of midnight in almost every English-speaking country in the world to bring in the new year.

Drinking water after eating reduces the acid in your mouth by 61 percent.

Peanut oil is used for cooking in submarines because it doesn't smoke unless it's heated above 450F.

The roar that we hear when we place a seashell next to our ear is not the ocean, but rather the sound of blood surging through the veins in the ear.

Nine out of every 10 living things live in the ocean.

The banana cannot reproduce itself. It can be propagated only by the hand of man.

Airports at higher altitudes require a longer airstrip due to lower air density.

The tooth is the only part of the human body that cannot heal itself.

In ancient Greece , tossing an apple to a girl was a traditional proposal of marriage. Catching it meant she accepted.

Warner Communications paid $28 million for the copyright to the song Happy Birthday.

Intelligent people have more zinc and copper in their hair.

A comet's tail always points away from the sun.

The Swine Flu vaccine in 1976 caused more death and illness than the disease it was intended to prevent.

Caffeine increases the power of aspirin and other painkillers, that
is why it is found in some medicines.

The military salute is a motion that evolved from medieval times, when knights in armor raised their visors to reveal their identity.

If you get into the bottom of a well or a tall chimney and look up, you can see stars, even in the middle of the day.

When a person dies, hearing is the last sense to go. The first sense lost is sight.

In ancient times strangers shook hands to show that they were unarmed.

Strawberries are the only fruits whose seeds grow on the outside.

Avocados have the highest calories of any fruit at 167 calories per hundred grams.

The moon moves about two inches away from the Earth each year.

The Earth gets 100 tons heavier every day due to falling space dust.

Due to earth's gravity it is impossible for mountains to be higher than 15,000 meters.

Mickey Mouse is known as "Topolino" in Italy .

Soldiers do not march in step when going across bridges because they could set up a vibration which could be sufficient to knock the bridge down.

Everything weighs one percent less at the equator.

For every extra kilogram carried on a space flight, 530 kg of excess fuel are needed at lift-off.

The letter J does not appear anywhere on the periodic table of the elements.

This Could Entertain You All Winter Long 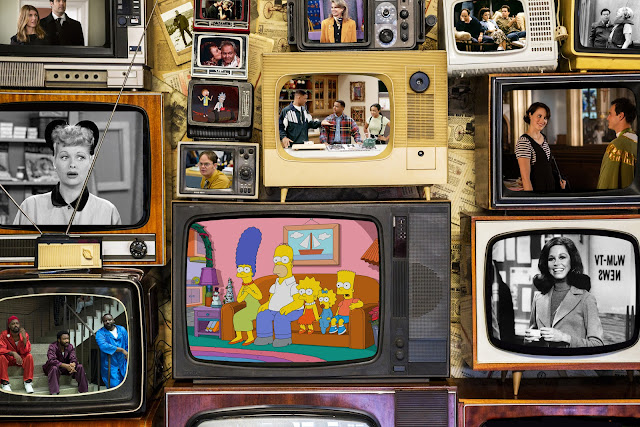 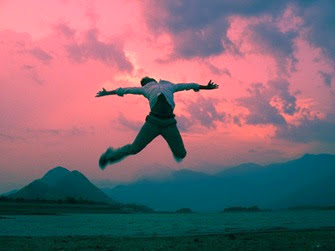 What do you expect from such simple creatures?
Your last name stays put. The garage is all yours. Wedding plans take care of themselves. Chocolate is just another snack. You can be President. You can never be pregnant. You can wear a white T-shirt to a water park, or you can wear NO shirt to a water park. Car mechanics tell you the truth. The world is your urinal. You never have to drive to another gas station restroom because this one is just too icky. You don't have to stop and think of which way to turn a nut on a bolt. Same work, more pay. Wrinkles add character. Gray hair makes you distinguished. Wedding dress $5000 - tux rental $100. People never stare at your chest when you're talking to them. New shoes don't cut, blister, or mangle your feet. One mood all the time. Phone conversations are over in 30 seconds flat. You know stuff about tanks. A five-day vacation requires only one suitcase. You can open all your own jars. You get extra credit for the slightest act of thoughtfulness. If someone forgets to invite you, He or she can still be your friend. Your underwear is $8.95 for a three-pack. Three pairs of shoes are more than enough.. You almost never have strap problems in public. You are unable to see wrinkles in your clothes.. Everything on your face stays its original color.. The same hairstyle lasts for years, maybe decades. You only have to shave your face and neck. You can play with toys all your life. One wallet and one pair of shoes -- one color for all seasons. You can wear shorts no matter how your legs look.. You can 'do' your nails with a pocket knife. You have freedom of choice concerning growing a mustache. You can do Christmas shopping for 25 relatives On December 24 in 25 minutes. No wonder men are happier.


EATING OUT
• When the bill arrives, Mike, Dave and John will each throw in $20, even though it's only for $42.50. None of them will have anything smaller and none will actually admit they want change back.
• When the girls get their bill, out come the pocket calculators.


BATHROOMS
• A man has six items in his bathroom: toothbrush and toothpaste, shaving cream, razor, a bar of soap, and a towel.
• The average number of items in the typical woman's bathroom is 337. A man would not be able to identify more than 20 of these items.


ARGUMENTS
• A woman has the last word in any argument.
• Anything a man says after that is the beginning of a new argument.


NATURAL
• Men wake up as good-looking as they went to bed.
• Women somehow deteriorate during the night.

OFFSPRING
• Ah, children. A woman knows all about her children. She knows about dentist appointments and romances, best friends, favorite foods, secret fears and hopes and dreams.
• A man is vaguely aware of some short people living in the house.


THOUGHT FOR THE DAY
A married man should forget his mistakes. There's no use in two people remembering the same thing!
SO, send this to the women who have a sense of humor and who can handle it .... and to the men who will enjoy reading it.. 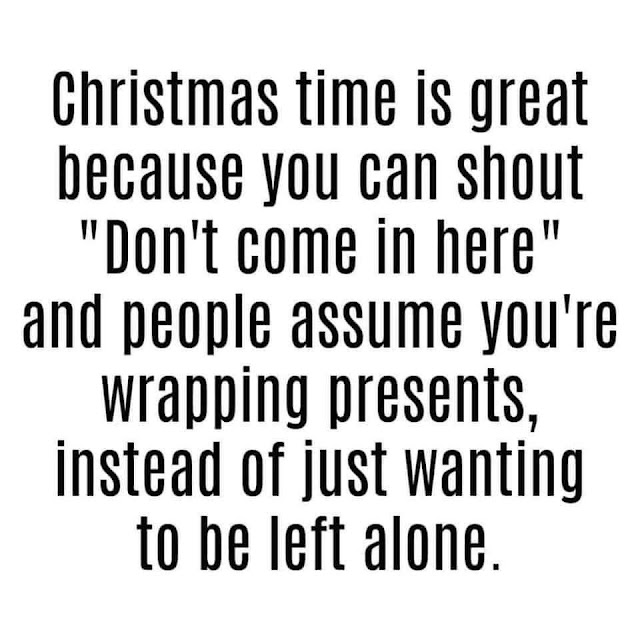 With Christmas being so close you can almost taste the egg nog, I thought I’d better step up my Yuletide game here at MessyNessyChic. So let’s hop on our slay and travel back in time to 1961 Albion, New York and take a tour inside Santa School … (it’s basically better than Lapland).

Established in 1937, the Charles Howard’s Santa Claus School actually still exists today, now operating out of Michigan and proudly claiming the title of the world’s oldest Santa School. Candidates pictured here in 1961 by LIFE photographer Alfred Eisenstaedt have signed up for a 5-day, $75 course in the hopes of receiving a Santa certificate that will enable them to get Yuletide jobs at local department stores.


Above, a Santa Clauses is put through his paces during a practice session with child volunteers (it is unclear whether these children have previously caught their parents putting presents under the tree and are therefore now non-believers, suitable for Santa training).

Demonstrating how to wear the Santa suit.

Six of the 15 men enrolled in Santa Claus School learning how to render a jolly belly laugh.

Two men in Santa gear learning how to do a spritely soft-shoe dance.

Learning how wear wigs and whiskers.

Founder Charles Howard showing students how much of Santa’s face should show between wig and beard.

This certifies that …. has honorably and diligently completed the course in the study and art of Santa Claus, and is now ready to carry on as a Helper of Santa Claus.

As holder of this diploma, I fully realize the responsibility and privilege that is mine in spreading joy and happiness to the children of this world through their beloved friend and servant, Santa Claus.

I hereby sincerely and solemnly promise to give my best, my all to carry out the principles Santa Claus stands for. 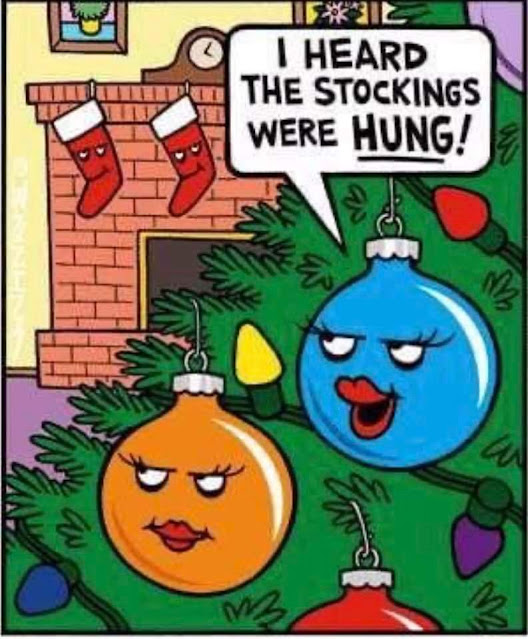 Today is the 20th Anniversary of "Lord of Rings" #1 TRILLY!

Graffiti From Around The World [via Nina Reznick}

You do not need to have heard of Banksy to appreciate the stylings of graffiti artists, muralists, and other street artists. From back alleys to public exhibitions,here are graffiti art photos from around the world.

If you ever wanted to live your own fairy-tale, you may want to consider moving to the village Giethoorn. Also known as “Venice of the Netherlands”, this magical village founded around 1230 is the kind most people could only dream of…


It has no roads or any modern transportation at all, only canals. Well, and 176 bridges too. Tourists have to leave their cars outside of the village and travel here by foot or boat by (usually by “whisper boats”, which have noiseless engines). So you can probably imagine how peaceful it is here (well, when it isn’t flooded with tourists, of course)… Even the village’s website says that “the loudest sound you can normally hear is the quacking of a duck or the noise made by other birds.” It’s like something out of a storybook.

The village Giethoorn has no roads

The most common mode of transportation is by “whisper boats”, which have noiseless engines

Therefore, the village is very peaceful…

The loudest sounds you’ll hear is probably the quacking of a duck (well, when it isn’t flooded with tourists, of course)

Also known as “the Venice of the Netherlands”, this magical village was founded around 1230

Eventually, these holes turned into lakes

The newly created islands were connected with more than 176 bridges

Which give the village a cozy fairy-tale touch…